Poes (the name is pussycat in Dutch) was born at Nico’s parental home and when Nico and I got together the two of them were living together in that same home. She gracefully tolerated my cats moving in and we called her the queen-mother of the tribe. She lived to be 17.5! 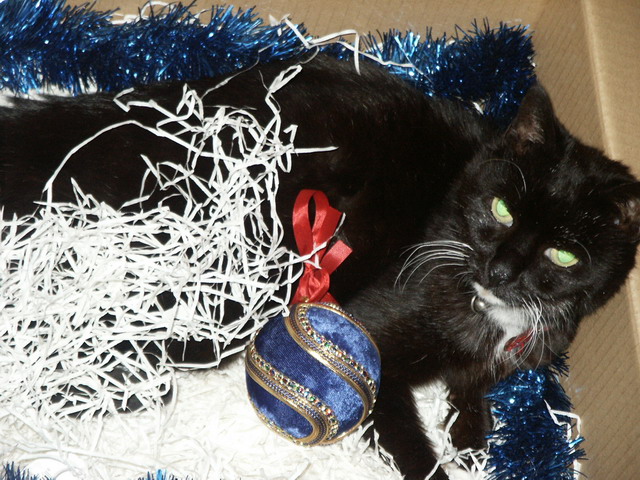 Lars (a female despite the name 😉 – named after drummer Lars Ulrich of the then new band Metallica) was my ‘first born’ and had always been the apple of my eye. Even though she was always reserved and shy, she’d get really sweet once she got to know you! I was so lucky to have Larsje with me for almost 20 years. 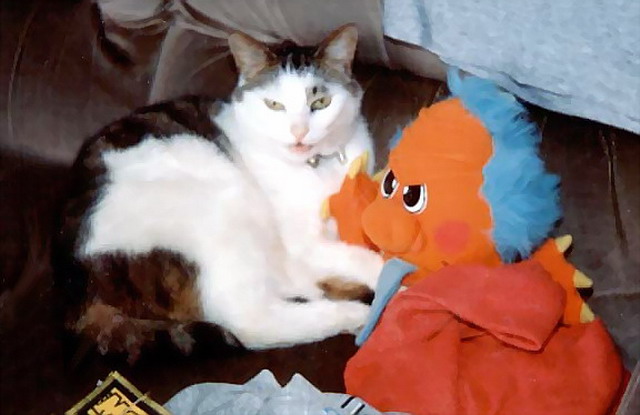 Stevie (named after Satan guitarist Steve Ramsey) was a sweet and talkative kitty.
Unfortunately she got hit by a car when I was living near busy streets when she was only three! 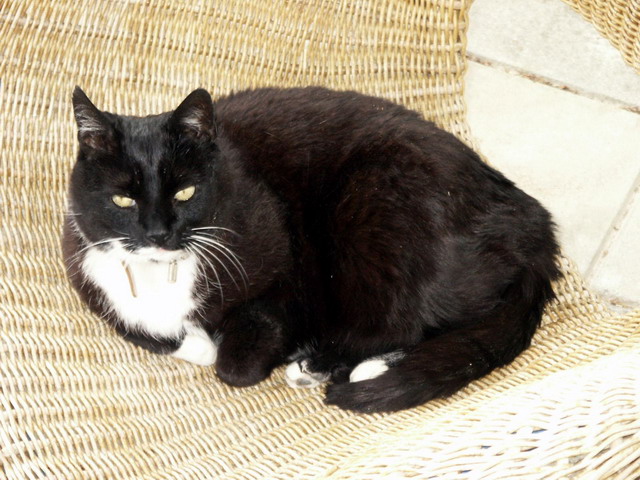 I (Marlies) got Robin (Hood II) when he was only five weeks old, so he still had to be bottle-fed. He grew up to be big and strong, and when I got together with Nico, he soon got a special bond with him. Since 2005 he had diabetes and we had to give him insulin shots twice a day. One day he likely was in an accident, he was in pain and half paralyzed. Treatments didn’t help and we couldn’t bare the suffering, we had him put to sleep the next morning after 14 good and loving years 😥 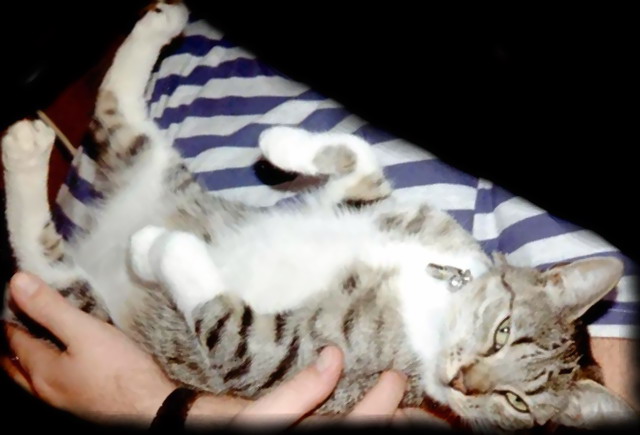 I took Whistler (named after the Dutch band Whistler-Courbois-Whistler) in when she was 3-4 months, from a friend whose baby was allergic. She was the easiest cat, you could do anything with her. She had kittens twice and lived to be only eight. We thought she had asthma but she didn’t respond to treatment and was slowly choking. The vet sent us all the way to specialists at the university of Utrecht where they found cancer, so we had to put Whisje down right then and there 🙁

Skinnie was Whistler’s first son (no other kittens survived after birth) and when he was old enough, we gave him to our neighbours whose cat fathered him, but had disappeared since (they also named the kitty). Unfortunately Skinnie also disappeared some years later and was expected to have become a traffic victim.

Flynn (named after Machine Head guitarist and singer Robb Flynn) was quite an extraordinary cat. Very outgoing and present, and we cried our eyes out when he got killed in our quiet street on his first night out after only one year!