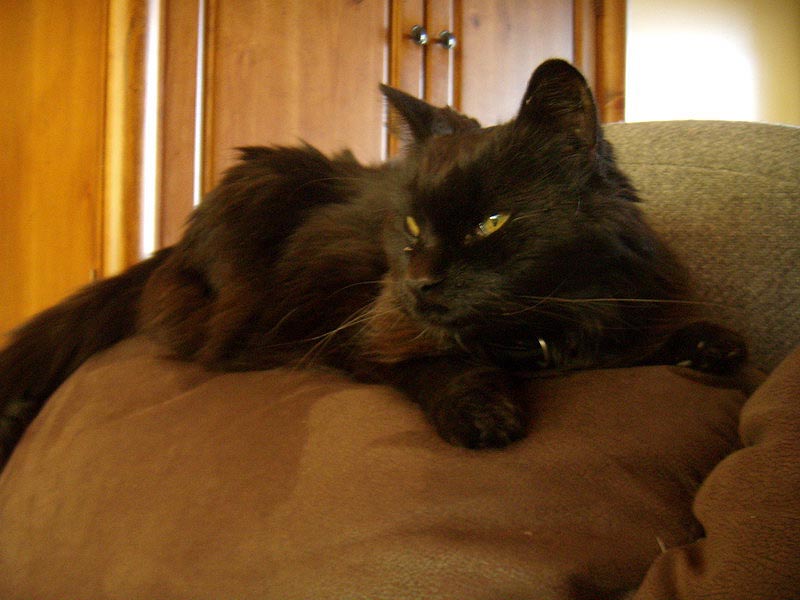 After we moved to Canada and moved in in Tim and Cortney’s basement in February 2008, we took in Cortney’s old cat Spooky. She also loved it in our new home, but wasn’t as amused when we got her some company.
All in all she got to spend her last year with us, she was almost 22!! 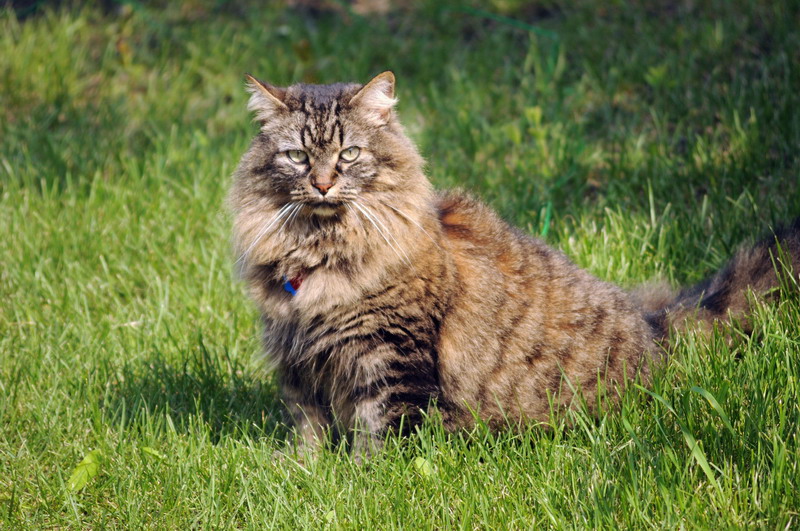 Our first adoptions from the Regina Humane Society were Tess and Rider through Petcetera. We got them on World Animal Day, October 4th (2008). Tess was a very beautiful, fluffy, mediumhair cat. She was very cuddly and loving, but could also show some attitude – she was a girly girl and a diva at times! She loved to climb on your shoulder and knibble on your hair. In her last years, she had thyroid and kidney problems. 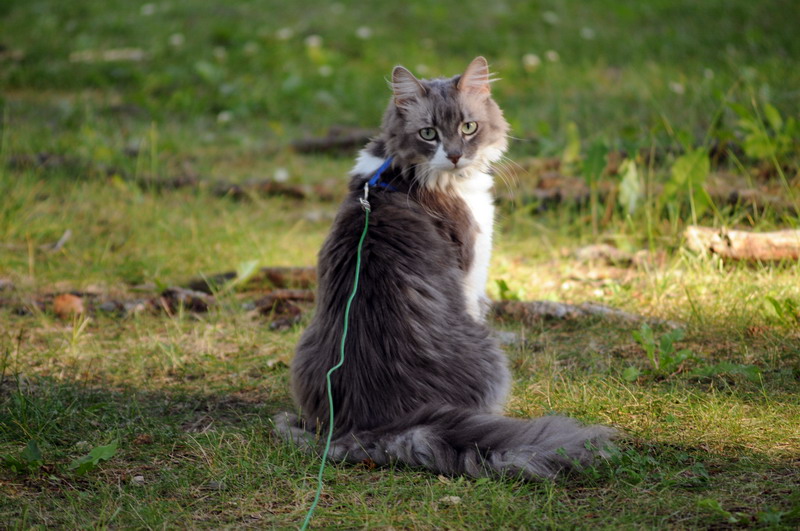 We found Tess’s brother Gandalf (the Grey and White, renamed by us after the wizard in Lord Of The Rings) in PetSmart only two weeks after we adopted Tess and Rider! We had to take him home and he’s been my new big love ever since 🙂 He’s a very handsome guy, who exactly knows how to use his charms when he wants something. He’ll rub his face in yours and purr loudly like a diesel motor until he gets it. And at bedtime he’ll be the first in the bed, not leaving our side until morning. 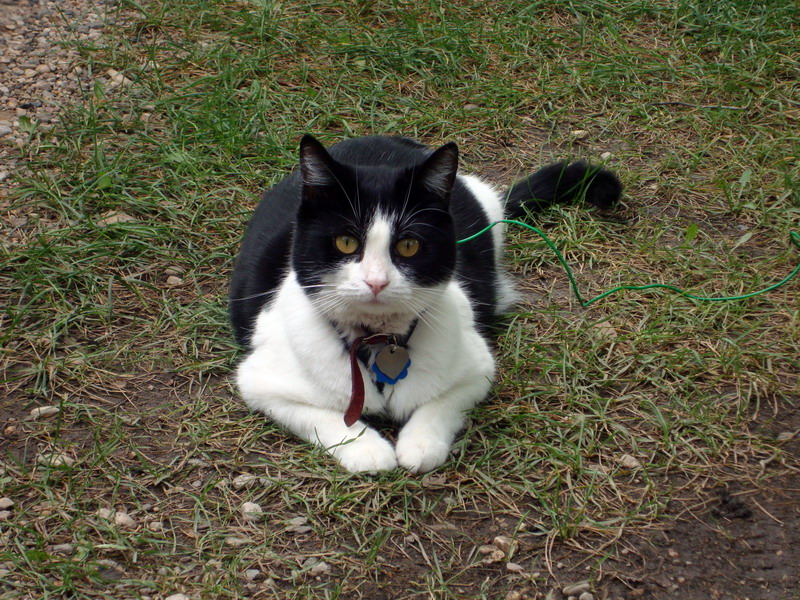 We adopted Rider (named after our football team the Saskatchewan Roughriders) at Petcetera together with Tess, in October 2008. He is very cute, talkative and playful. When we got him we found out he had a broken femur and needed an operation. Rider turned out to be a very social kitty and esp. caring when we got the new kittens in 2010. He (!) thought he was their mommy!! 🙂 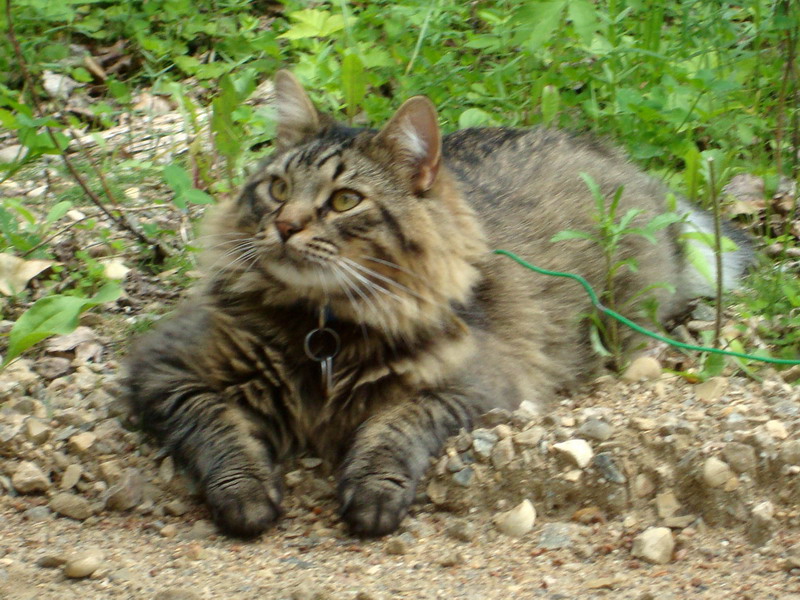 Smokey was our friend Charlene’s cat, but due to landlord trouble he had been our long term guest since June 2010. A year later she realized she couldn’t take him away from all his playmates anymore and he’s now ours.  He’s absolutely adorable, cuddly, sweet and very social. Although all our mediumhair cats might have some Maine Coon or Norwegian Forest Cat in them, this one actually has some of the size – he’s about 18 lbs! In the summer we shave him, as his hair tends to get matted and the heat bothers him. 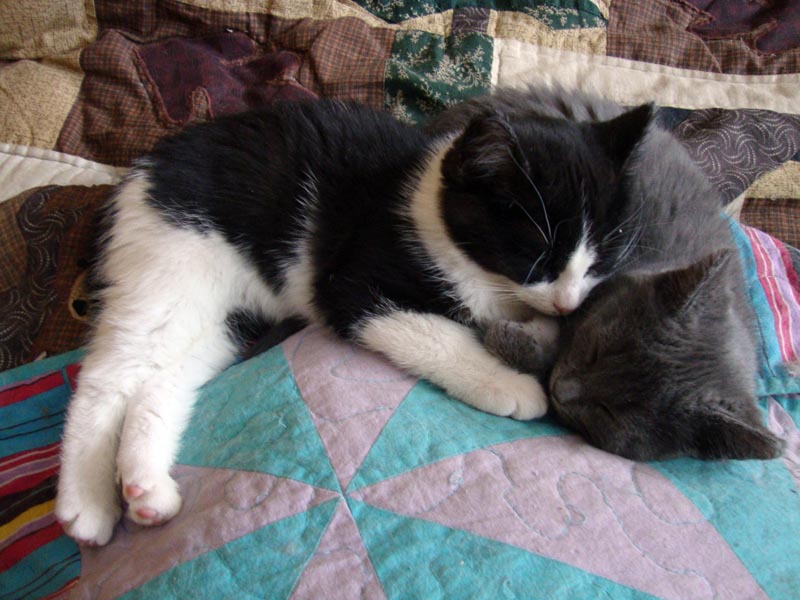 Penny and Sheldon (named after two characters from the hilarious sitcom The Big Bang Theory) come from our friends Jackie and Fred’s farm in Glenbain. We took them home when they were eight weeks after spending a weekend there. They remained fairly small though and we still call them the kittens 😉 They are more reserved than the others, but they love snuggling up to the others and we often find them on a pile with Gandalf and Rider 🙂

After four years, the longing for a new kitty became too much and in 2014 we chose a kitty from the Regina Cat Rescue, who rescue abandoned cats. Our number seven came with some baggage (she has trust issues and got very defensive after a few months with a way too busy family with little kids) and it took a while for us to fall in love and understand her a bit better. She can be hyperactive and mischievous, but also funny and sweet. She never fully trusts the other cats, but at the same time she tries to play with them way too wildly. No drama, but this way she unfortunately continues to be a bit of an outsider and is more attached to us.