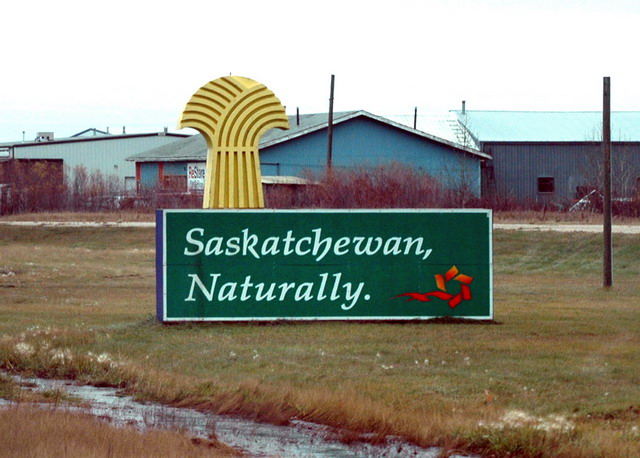 Hi everybody, here’s finally a new update again! We’ve been pretty tired from all the previous traveling and all the impressions, that it’s good to have a chance to just chill here at Tim and Cortney’s. We’re meeting a lot of people (either new or folks we already knew) and tonight is the benefit for the Stephensons to help them cover Dave’s funeral bills and bills for Danny’s medications I believe.

Nico had his interview yesterday and it still has to sink in, but he’s very enthusiastic!

@Margret, we took de 16 to Edmonton, just didn’t find that viewpoint looking back, because the view was blocked by snow and clouds. I’m not sure when exactly we took the pic, I’d have to check later (we have to leave right now).

We didn’t take any pics in Regina yet, but here’s the diary: 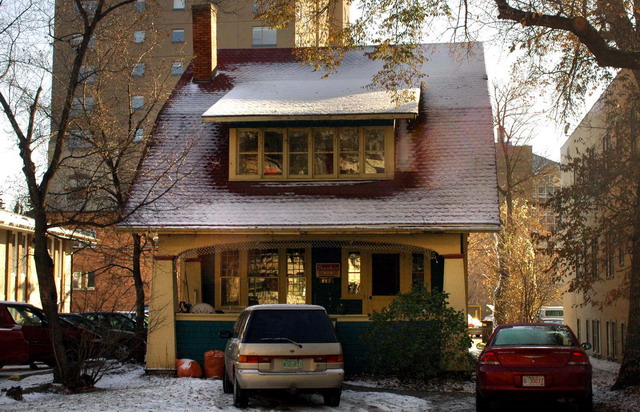 Today was a long drive, from Edmonton to Saskatoon. We left just after 9am and stopped twice, once at a nice highway rest area near Innisfree and then at a local bar/hotel in Maymont. The prairie really isn’t as dull as people often say, esp. the Alberta part still had a lot of hills and variation. In Saskatchewan it was a bit more flat, but still I found the scenery fascinating. Driving is a lot easier on these roads, compared to our full, smaller highways, but still tiring. Or even more tiring when you don’t have to be alert all the time. Nico was beat when we finally got to Saskatoon (around 5pm I believe). We checked into Savelia’s Guesthouse and Nico took a nap while I went downstairs to chat with Savelia. What a wonderful woman she is! A bit later we had a sandwich at Arby’s and went over to Brent‘s place to visit him, Jen and little Ella. It was really good to see them again and Jen’s parents were there too.

We had a good night sleep, a good breakfast and some more chats at the B&B and then went to visit Astrid, a Dutch woman who emigrated with her family some years ago. I know her from a forum and it was very cool to meet her! 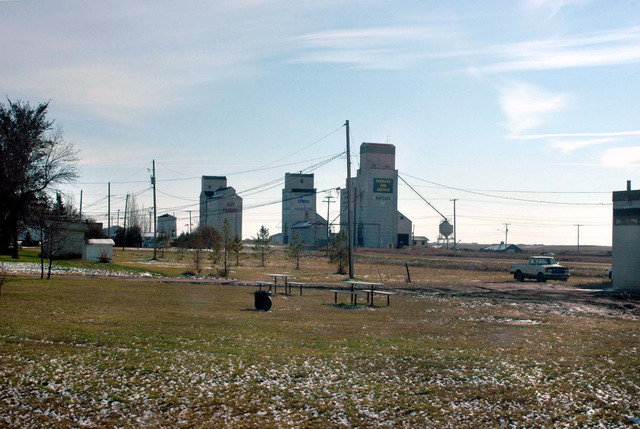 Around noon we continued our trip and drove to Regina. That was just two and a half hours, so a piece of cake compared to the previous days. We got at Tim and Cortney’s house at 3pm and just hung out, went out for dinner (or supper as they call it here) and hung out some more. Meeting Tim’s girlfriend for the first time didn’t feel new at all, since we already had such good contact for the past year and a half over email and MSN. Her daughter Geneva was already bigger than on the last pics we’ve seen, she grows so fast. And we were immediately in love with the cat Spooky!! Our friend Sandy came by and we also met Lisa and Jaimie. One of our best friends there, Dave, passed away almost a month ago and Lisa is his sister and Jaimie his girlfriend. It was great finally meeting them in person.

Today we saw Tim’s dad Jack again (and met Tim’s brother Jason), because we went for breakfast at Stan’s diner, the place we missed the most here 🙂 At 1.30pm Nico had his sort-of-job-interview. And he was very enthusiastic when he came back from it! It still all has to sink in, but they sure want people and the thing they are offering is basically to get him here on a work permit, that he could renew a couple of times (yearly) and after 3 or 4 years you could get a permanent visa. That is a different route than what we were planning, so we’ll have to look into how to do things. The only thing I had heard so far is that if you’re on a working permit, you still will have to go through the normal skilled worker application to get the permanent residency card, but Nico was told he doesn’t have to. So we’ll have to check that out and a working permit for Nico is only for him, I would have to apply for my own as a spouse once Nico has his. But all in all it would take 3 or 4 months, so that’s really soon! Anyway.. we’ll let it all sink in and see what comes out. So far Nico is really enthusiastic though and a lot of his fears have been taken away!

At night we had BBQ’d pork steaks at the house, met Into Eternity’s “new” touring guitarist Jeff (who actually has been in the band before, but I never got to meet him) and later on Tim and Cortney’s friends Chris and Alicia came over with a big bottle of rosé wine 🙂

We slept in and we’ll go out for some lunch and Walmart shopping. Tonight is the benefit show for the Stephensons and I donated most of the festival cups we brought as gifts to the raffle at the benefit. Might bring in a few extra bucks. Into Eternity will play a short set and Marlin’s band Plastic Bastard too – we don’t know any of the other bands playing, but hopefully I’ll see a lot of Saskmetal (local metal forum) people! And of course Danny… we still haven’t seen him yet!

7 Comments on “Saskatoon, chilling in Regina”