@ our neighbours and Ton and Rita: it’s starting to look like it, but it’s still nog set in stone yet, we still have to check out some things. 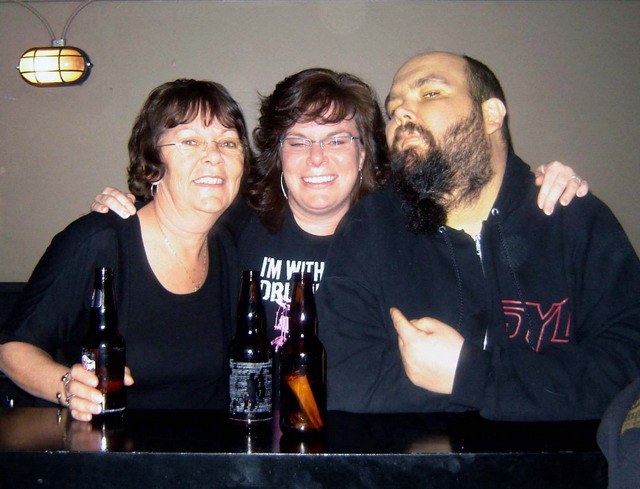 Here what we’ve been up to the last few days. Tomorrow we’ll do some more stuff here in Regina, then we have to leave to get to Calgary (we divided the driving back into two days though).

The benefit show was sometimes emotional, but definitely rewarding in a lot of ways. It was so good to finally see Danny again! He cried when we got in and there were of course several more emotional moments, but it must’ve done him and his mom and sister a lot of good to have so many people turn up and come over to them. Carol (the mom) even got up on stage at one point to thank everyone, so brave! I don’t know yet how much money the raffle brought in, it should be quite a bit. Danny managed to stay pretty long, until after the third band (of four). For me it was great to see a lot of Saskmetal people again, some old friends like Russ, Steph, Nathan or Naiomi, but also some I hadn’t met yet the last time, like Tyler and Jess. It was also awesome to finally see Into Eternity play again, even when it was just a short set of seven songs – we hadn’t seen them in two years and not at all with Stu on vocals.

Today Cortney gave us a sort of Photoshop workshop for over an hour, she is going to SIAST for photography classes (2 years of day-time school) and has become quite a master in Photoshop, so she could teach us a lot. Later that night we went to see a band with one of Tim’s friends in it at the Drink.

Around noon an aunt of Cortney came by and we (except Nico) went to the cemetery. They wanted to visit Cortney’s grandpa’s grave and I wanted to see Dave’s. There was just the fresh grave, no grass nor a plate on it yet.

Then we picked up Nico and went for a huge lunch at Glitters. There was a buffet with ribs, sausages, bacon, omelets, pancakes, vegetables, salads, hashbrowns, cinnamon buns, jelly etc etc etc. And that’s for 8.50 CAD a person!! That’s about 6 euros! Crazy! 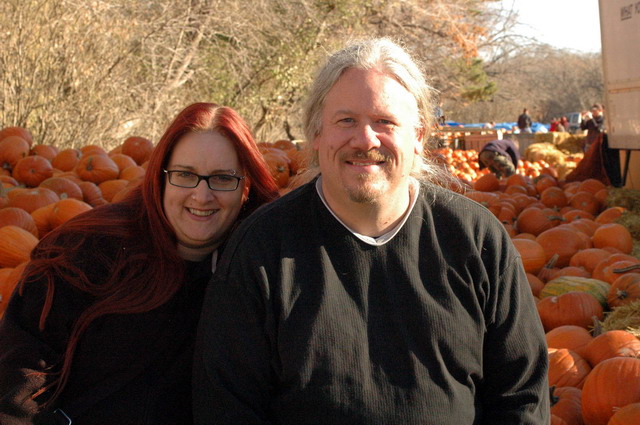 Later on we drove to Lumsden to a pumpkin farm with thousands of pumpkins! And around 4.30 we went to the Stephensons house where we were invited for a BBQ. That was truly a great evening, where we met some more family like Dan’s father Ken and nieces Emily and Shayla (Lisa’s daughters), as well as Jaimie’s mom. Marlin and Sandy were also there. We had some quality time with them, they made us feel so welcome and at home. When we left, Carol got me to tear up by telling us that if we would move here, they’d be there for us and we were always welcome there. Man, what a family! 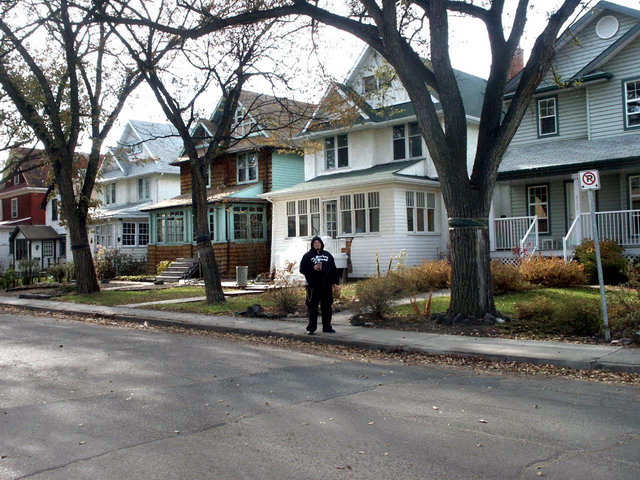 Nico had an appointment with Janet from the SRNA (the Saskatchewan Registered Nurses Association, where he would need to register as a nurse) and got a lot of info about registration and courses he would need to do.

In the meanwhile Tim and I walked around a few blocks. The office is in the Cathedral area, which has all my dream houses!! Beautiful old homes with porches, only most of them are pretty big and would need some work. The streets mostly have big old trees.