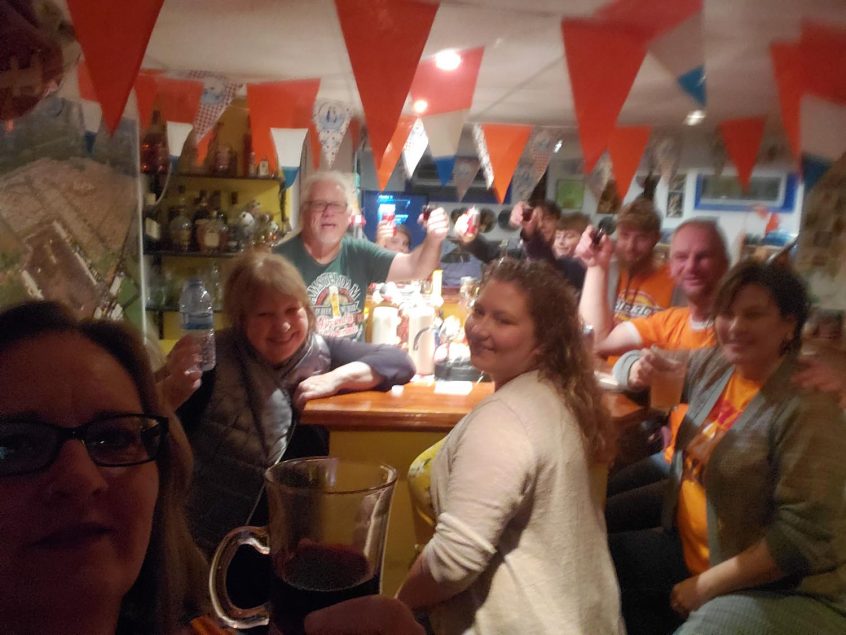 Happy New Year from our home to yours!

We rang out the old year, old decade even, at the tenth edition of our Dutch New Year’s Eve Party!

In the second year that we celebrated the end-of-year here in Canada, we started our series of Dutch New Year’s Eve Parties. Because we missed the celebrations from back in Holland, even though we couldn’t replicate them all here.

Back there we’d have a get together with friends, and we’d be counting down the time until midnight. Then we’d wish each other Happy New Year and we’d all go outside, to wish the same to all our neighbours and watch them light all the fireworks they bought. We hardly ever lit any ourselves, but the Dutch population does en masse. In 2019 they collectively even spent 77 million euros on them! So we’d be watching (and listening) to fireworks all around us for about half an hour. Check out this post from 2007 for a one minute video of the fireworks in our street. It sounded and looked like a warzone!!

In many places in Canada they don’t do much at midnight. Some places will have one big firework display, many places don’t allow individuals to light their own. Regina has nothing like that, it will usually be too cold to even want to! So some people don’t even bother to stay up. Say what?!

In the Wobben basement

Time to start a party of our own to bring back some excitement to count down the time and have a toast together to the new year! No fireworks, but just for fun we gave it a Dutch theme to have an excuse to make some typical Dutch snacks and have a bunch of friends over. Several friends would bring homemade Dutch snacks like oliebollen and bitterballen, I always make frikandellen and apple beignets.

We usually get around thirty people coming and going, but this year we happened to have a smaller gathering. That didn’t have an impact on the fun and the amount of homemade glühwein (warm mulled wine) or shots of Dutch herbal liqueur and Jägermeister we consumed 🙂

In the coming weeks I’ll put up some blogs about how to make frikandellen and some other of these Dutch snacks you can see on these photos!