Happy Holidays everybody! Click on the card to see the big version! 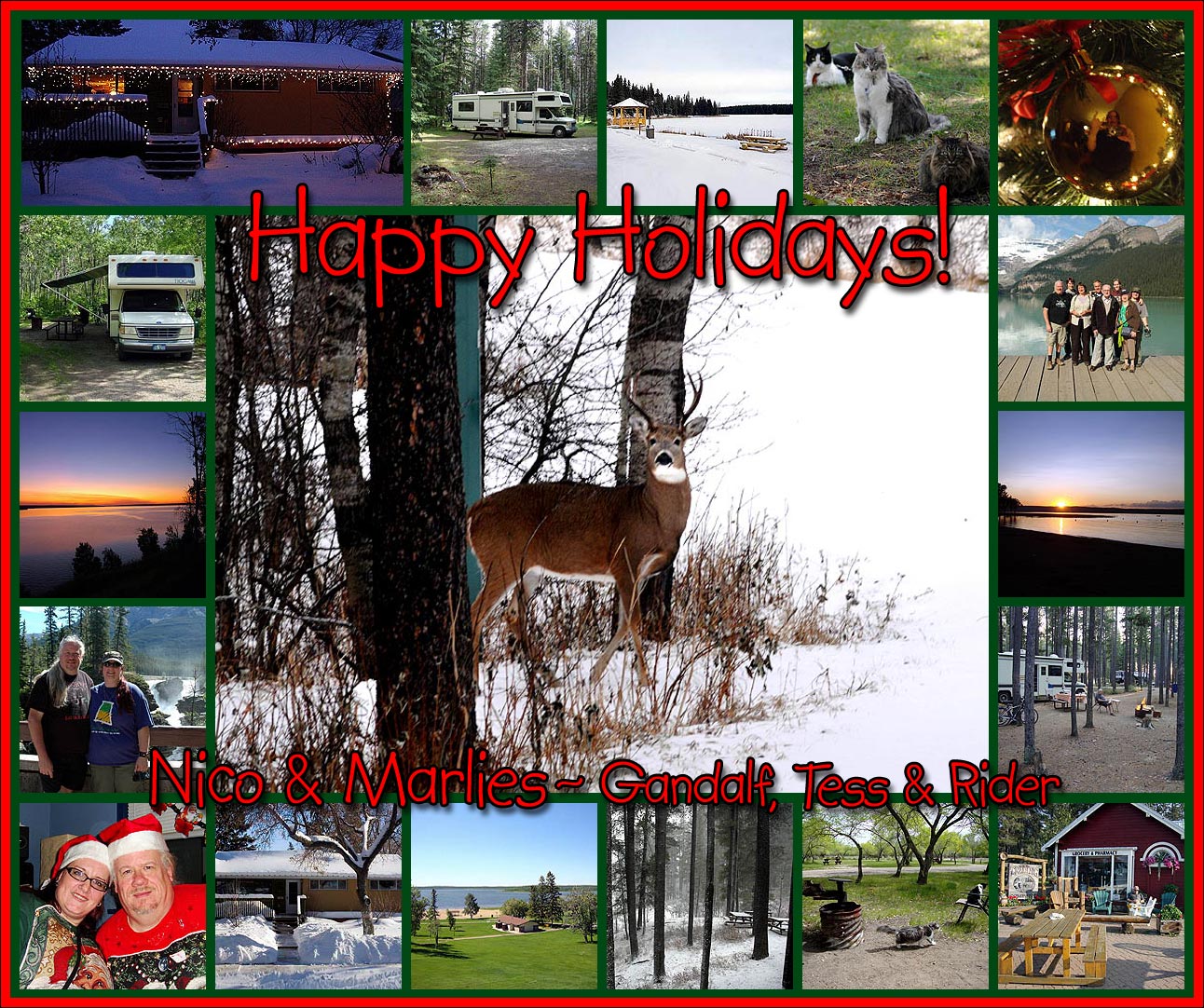 Our second year in Canada was fantastic! We enjoyed the winter wonderland in the first months, sadly had to say goodbye to Spooky (who was almost 22 though!!), and by the time it was March we were ready for spring (but had to wait a bit longer).

Although the weather wasn’t always the best, we still had the summer of our lives, since we bought a 30 ft motorhome in April and have been camping a LOT (incl. the cats :)) until the end of September! We’ve discovered some beautiful places in our province, esp. in the Provincial Parks! And in July my family came over and we’ve been camping together in the Rockies as well. We had an amazing time together (also here in Regina) and it was hard to let them go again!

Right now it’s winter again and we’ve already had a bunch of days in the -30’s. It’s only -8 now and that feels so warm that you leave your coat open 😉 Not tonight though.. there is a snowfall warning in effect. I hope that everybody who needs to travel in the next days will be safe! We are having some friends over on Christmas Eve for what we call ‘gourmetten’ which is preparing food on the table on a raclette/table grill. We’re looking forward to that! Nico is working on Christmas though and I’ll be going to the Stephenson’s for Christmas supper. On New Year’s Eve Nico is off and we’re having a house party here 🙂

We hope that next year will bring us much more camping trips and hopefully also our permanent visa. We had been nominated by the province of Saskatchewan in February and finally in September we had sent that package plus some extra documents to the federal government – so far no sign from the visa office in Buffalo, New York who is handling it (at least we sent it with Fedex so we know it arrived). We’ll just have to be patient and at least our work visa had been extended for two more years.

With all the camping and such I again didn’t stay in touch as well as I wanted to. I have worked hard to keep our weblog and photo gallery updated though, I only have a ton of “miscellaneous” pictures from the past year left to upload. But now that I’m on Facebook I’m doing a much better job with staying in touch with people and it’s so much fun there! If you’re not there already, please check it out and hopefully you’ll join!

Happy Holidays and all the best wishes for 2010!

Pictures on the card, clockwise, starting at the top left corner:

One Comment on “Happy Holidays and the best wishes for 2010!”