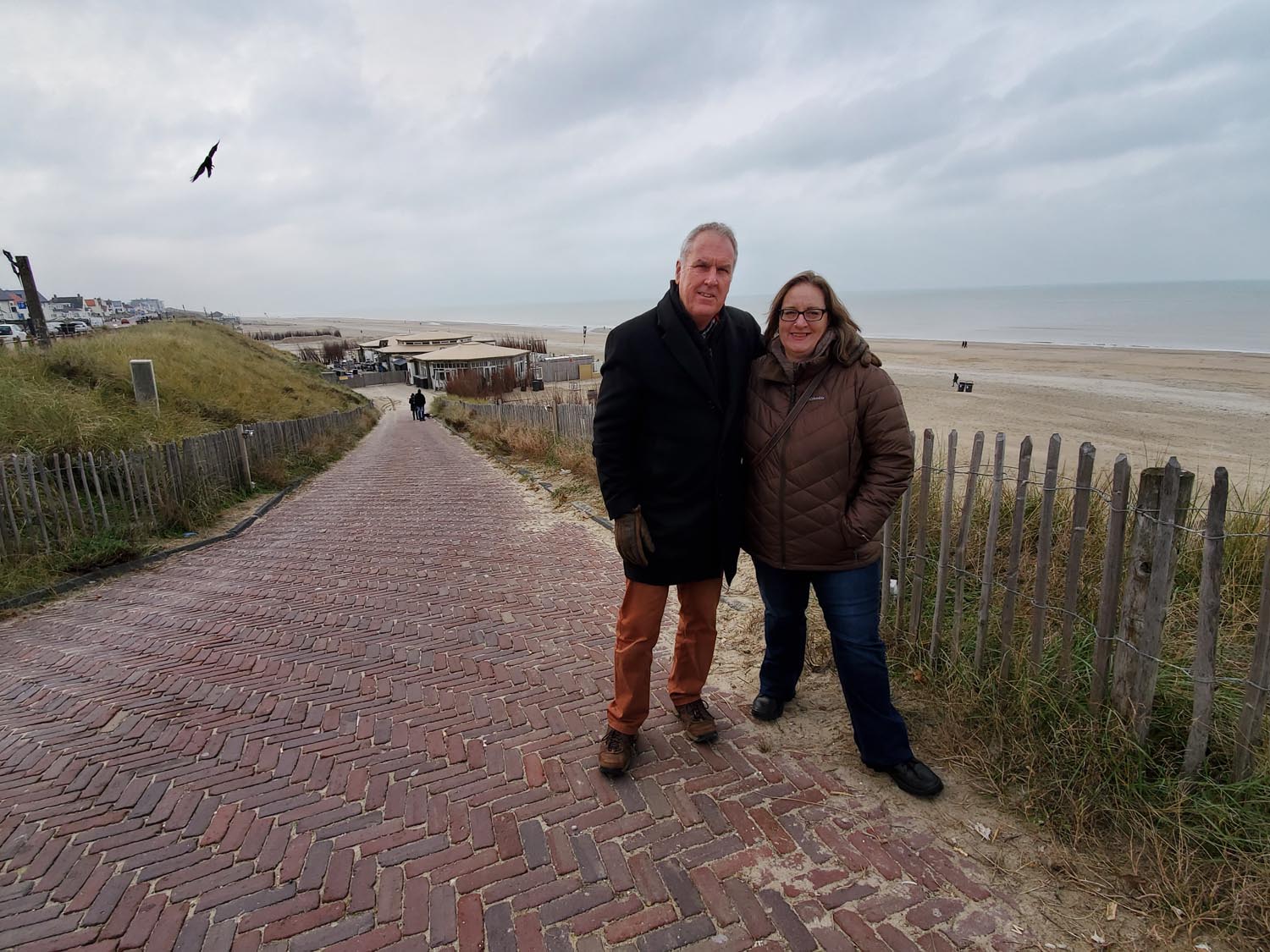 We stayed an extra night in Nieuw-Vennep, so we had time to do something in the area with Ton. We chose to go see the North Sea in Zandvoort!

After an incredibly good night’s sleep back in our hotel, we had breakfast in the mall of Nieuw-Vennep, the Symfonie. Bakery van Maanen has a beautifully decorated corner on the upper floor, plus great food and coffee to boot! When we walked back to the hotel, we saw a heron by the water. Always nice to see wildlife!

Nieuw-Vennep is only just over 150 years old. It was founded after the Haarlemmermeer lake was drained and turned into “polder” in 1852. There is a ring canal around the former lake and a canal that crosses it, the Noordervaart. Nieuw-Vennep is located on this canal. They named the town after the island Vennep that used to be in this area.

After breakfast, Ton came to pick us up to take us to the North Sea beach in Zandvoort for a few hours. We enjoyed the views, the sea and the fresh air! Ton was cold, but we, hardy Saskatchewanians, were not! A visit to the sea is not complete without some fresh fish from one of the mobile fish stands on the boulevard. For me that’s some “raw” herring with onions (soused herring, preserved in brine), to be eaten while holding it up by the tail. Melts on the tongue! Nico had his favourite: fried fish. This particular stand had a house pet…. a starling that returns every day that they are there, year in, year out!

We also went to the centre of the town for a little bit. Until Ton had to go back for a meeting and dropped us off at the hotel again. In the evening we went to the nearby Chinese-Indonesian restaurant Lotus for a delicious meal. We miss Indonesian food in Canada. We had some of our favourite things. Bami, babi pangang and sateh skewers, mmmmmm!!