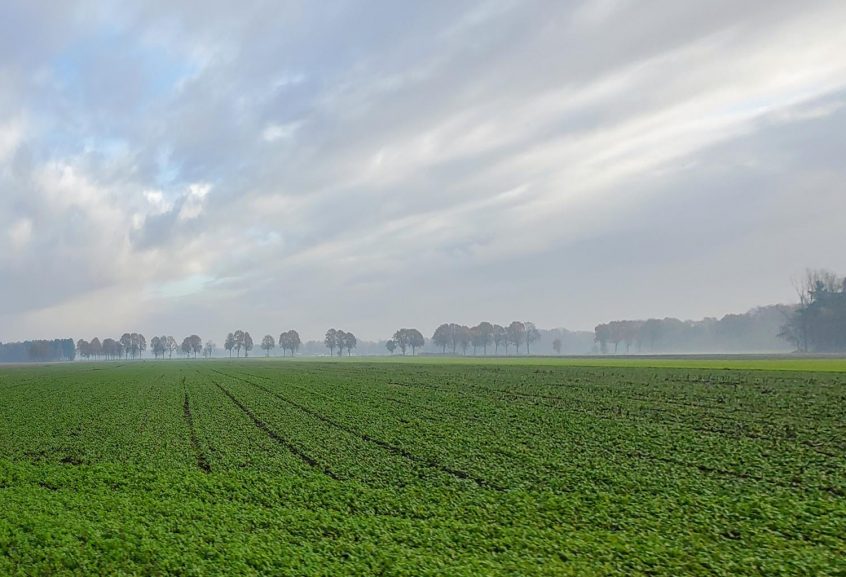 The time had arrived to wrap things up. Our last stop was three days in Bergeijk with my bestie Els, her boyfriend Leon, their boys and their dog 🙂 We had time for some visits and shopping in Eindhoven before driving back to Nieuw-Vennep and flying back home. We were so ready as we missed our kitties so much!

Lunch date with Rob and Vera in Amstenrade

But first we still had a lunch break planned on the way from the Eifel to Bergeijk. We had to cross our old province Limburg again and had an appointment with our former neighbours Rob and Vera. They now live in Amstenrade. So great to see them again and catch up. Thanks for the great lunch!

It was already fairly late in the afternoon when we got to Els and Leon’s home in Bergeijk. For supper we went to the Greek restaurant Sirtaki in Valkenswaard, yum! Because it was Sunday night, all their boys were there as well. Els’s son Brian and Leon’s sons Luca and Nino.

During the following three days we were on our own during the day, so we went for visits in Eindhoven (dad, Hennie) and did some last shopping. Bergeijk is a small town to the southwest of Eindhoven, in a rural area with nice scenery. There were a bunch of warning signs for crossing deer and wild boar, but nope, we didn’t see any!

In the evenings we had supper together and chilled on the couch. If their dog Irah would let us, haha! He is still young and so full of energy!

On the 4th we had to drive back to Nieuw-Vennep, so we went to visit dad a last time. He lives close to the Kastelenplein mall and the weekly market in their parking lot was on that day. Els recommended we go there for some famous rotisserie chickens (Chrissie’s chicken) and she didn’t exaggerate! Nico approved! I prefered some sweet “oliebollen” 🙂 After our snacks we went to visit dad and Amalia.

A few hours later we drove to Nieuw-Vennep to spend one last night at Hotel De Rustende Jager again. Ton met us at the Orries restaurant to have supper with us. Good times! Rita was able to join us for coffee at our hotel when we had breakfast there in the morning.

After breakfast at the hotel, we went to the airport. There were delays because of the fog, but by the time we left, it was only half an hour. No northern lights this time, but I got some pics from sea ice near Greenland and really neat ones from Edmonton when we landed there.

In Edmonton I got to meet a longtime online friend, Sandra. That was so great! We had a bite and drink together in a restaurant at the airport. So nice to actually see, hear and hug each other after so many years!

After one more (short) flight we finally got back to Regina and were able to sleep with our kitties in our arms again! In the morning we unpacked and made pics of the loot… I think we bring back more and more each time haha! The one with the chocolate letters is for the Marchants who took fantastic care of our kitties and our house again ♥ Eternal thanks for that big job! And many thanks to everyone who had us over, let us sleep there and fed us!