A bit late, but here’s the update about our trip to Waskesiu almost 4 weeks ago! 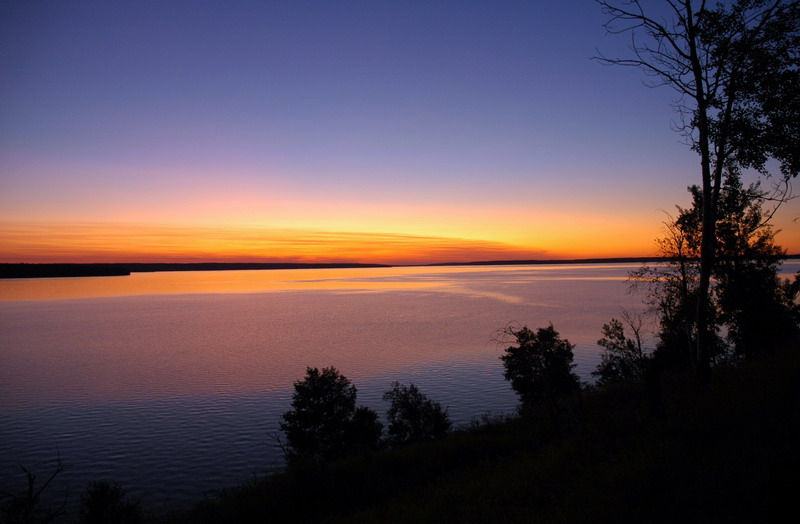 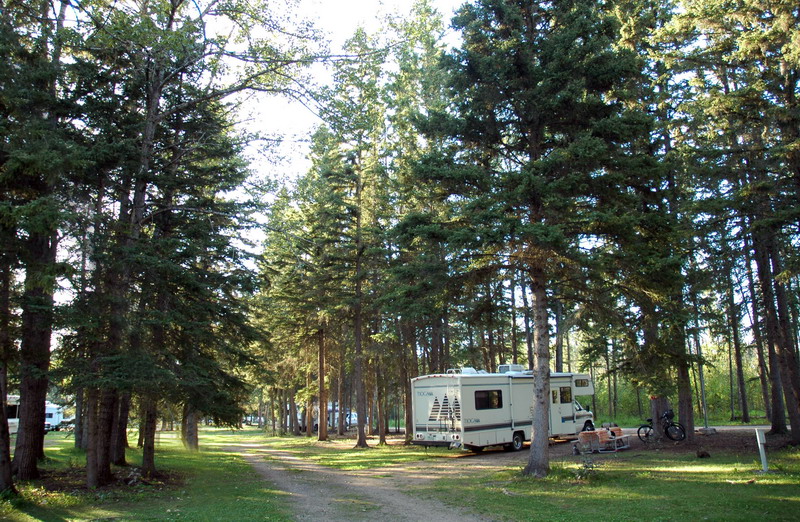 All year ‘everybody’ kept telling us that we should go up north to Waskesiu. So finally we did! It’s about 6 hrs for us with the motorhome, plus we stopped at the Highway 16 Jct for gas and to stretch our legs, and we very briefly visited Caroline in Prince Albert. Close to 8pm we arrived in Waskesiu, just before dusk. We immediately fell in love. People kept saying how beautiful it is up here, but nobody said it was THIS beautiful! Even the campground for long trailers that seemed like a parking lot on Google Earth with only few trees is gorgeous! Some parts are very open, but we picked a spot between huge pine trees and bordering trees and bushes. At dusk we walked to the lake, just in time for some past-sunset pics. Stunning colours!!! We walked to town along the lakeside trail in front of gorgeous cabins, watching carefully for wildlife (elk and black bears frequent the area) to avoid surprise encounters. We visited the grocery store and walked back over the main road. We had to cross a big part of the Trailer Park campground to our spot, and it was inevitable to walk through some dark areas. We kept talking to let possible wildlife know we were there, but still we almost literally bumped into an elk in that darkest part!! She was only a few meters away when I spotted her on the left side of the path, so I startled and backed away behind a picnic table on the right side. But she wasn’t bothered by us, so she kept grazing and we walked around her to go to our own motorhome without any more surprises. Not the smartest move to walk around after dark, but it was worth the hike after 6 hrs of driving 🙂 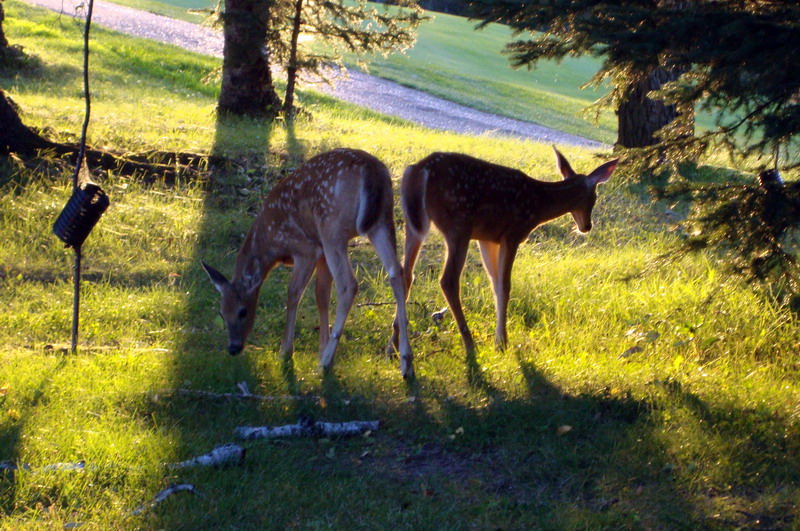 Partly cloudy and not as warm as it was supposed to be, but still nice to bike to town after breakfast. We again took the trail in front of the beachfront cabins (wow…) and had a latte at the Beach House. In the afternoon we chilled at the campsite. We were allowed to move to a more forested part of the campground that you could only reserve for RVs up to 27′, if we’d see a place we’d think we’d fit in. It was a beautiful part, and we should fit in several of those spots, but we’re happy at the more open part too (more to see I guess), so we’re staying put. In the bushes by our motorhome I already spotted a deer today!
For supper we went to the Asian Station in town, where we also saw deer and afterwards we went to the golf course. We were only in a small corner of it, but there we saw deer and elk together (both moms with their offspring). We kept our distance in passing around them, but at some point the small deer both came towards where we were and passed us very close by. Just amazing. We left the golf course again to get an ice cream and watch the sunset on the breaker by the beach! After that we went back to the campground and watched a movie. 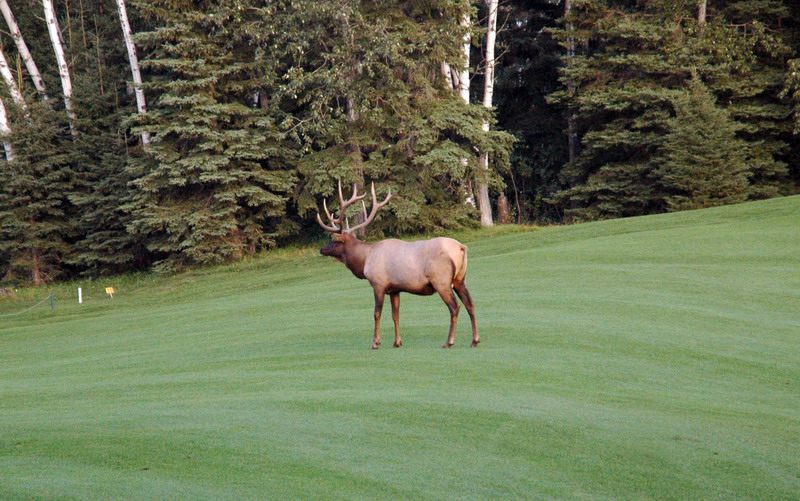 We walked to the store by the cabin park on the main road for some fresh rolls for breakfast and hung out at the campsite, where we saw deer walk by again. Later in the afternoon we decided to go for a drive. We took the route along the north side of the lake, the Kingsmere Road. A well maintained gravel road where you can often see wildlife, but we didn’t see any (maybe because it was the middle of the day). Still a beautiful drive though! We stopped by the Waskesiu River, the Waskesiu Marina and the Hanging Heart Marina.
At night we had a meal in town and biked to the golf course again afterwards. This time we found the elk herd including the bull! Leaving the golf course we caught the gorgeous colours just after sunset – I don’t think I’ve ever seen them as beautiful as in Waskesiu! 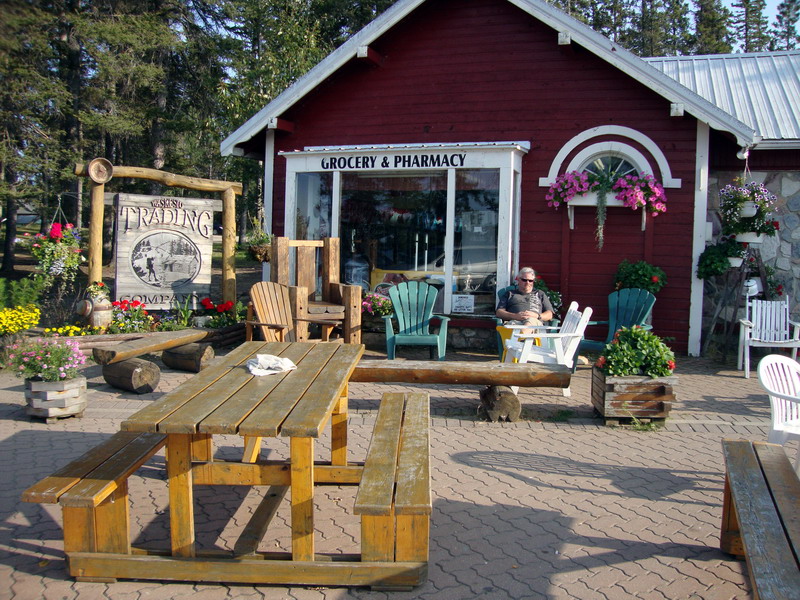 In the morning we had deer walking by, again! We also were entertained by playing squirrels again, so there was no shortage of wildlife. Even wildlife that you don’t want: mosquitoes. We had to spray generously and every two hours to prevent being attacked by tons of those critters. I even sprayed the cats a few times, didn’t want them to get lots of mosquito bites in the face or something either.
In the afternoon we biked around on the campsites (Trailer Park, and Beaver Glen which is way deeper into the forest) and into town. Time for some last pics and then a BBQ at our site. And again, sigh, we had deer walking by! The cats were very intrigued by them 😉 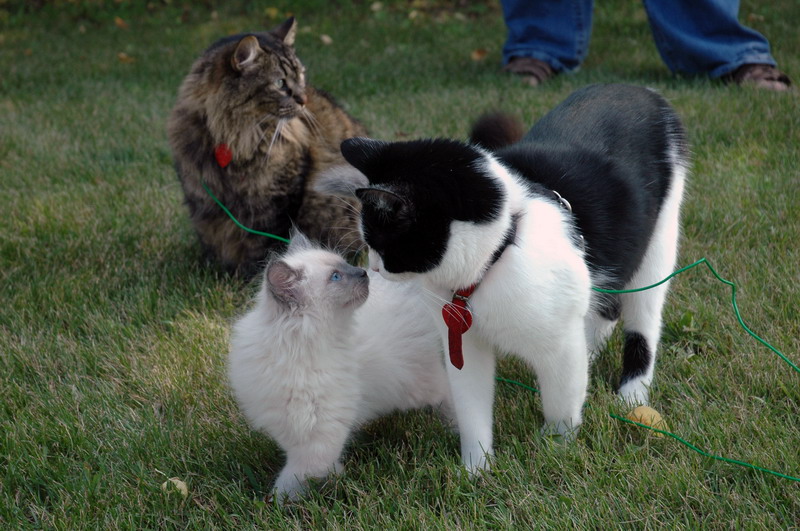 We took the beautiful scenic highway out of the national park again (didn’t spot any wildlife though) and continued our way back home on the highway 2. We visited Astrid’s family in Wakaw and had a very relaxing break there. The rest of the drive back home seemed very long, we had supper at the 16 Jct. and around 8pm we finally arrived home. A long drive… but well worth it!

Pull through sites (27’+ can only reserve this campground) on grass, partly very open en partly with huge pine trees. The least natural campground (Beaver Glen is in a fairly dense forest), but still gorgeous and closest to town. There is also a part though, that’s more forested and the sites (little bays) are smaller and more private. Surrounded by bushes and trees, and cabins and trees (everywhere you look in town, there are many trees…). Frequented by deer and occasionally elk and black bears. We had a full hook up for $34 and a NP parks pass is needed. The Service Centre was modern enough and clean, great! I think it’s about 1 km to town, with shops, few restaurants, hotels etc. One of 2 national parks in SK, and the most beautiful SK park we’ve seen!!