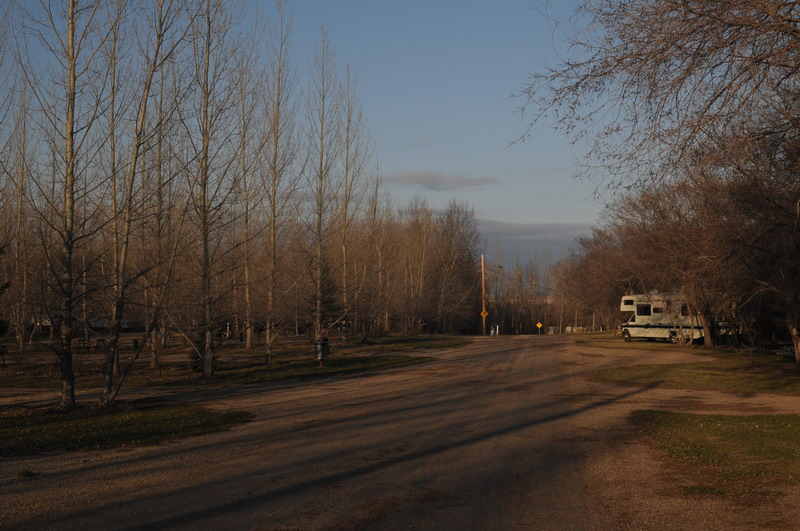 Time for our first trip with our motorhome! We planned to go back to Greenwater Lake, but in the last minute we changed our minds, because the weatherforcast had lots of rain and even snow in store. Weather seemed to stay much sunnier more south, and after a stressful little quest to find a campground not too close and not too far (as it was already past noon) AND that was already open (most open on the May long weekend), we picked Manitou and District Regional Park. That’s in Manitou Beach, just north of Watrous (SE of Saskatoon).

In the beginning of our trip our cats were pretty restless and Gandalf was whining a lot. We had locked them in the back bedroom, but after a while we let them out to see how that would be. I was afraid they would try and come in the driver’s area, which would be dangerous of course, but they didn’t do that at all. They stayed in the middle part, in the aisle, on (or under!) the sofa or up in the cabover and settled down a bit. So that went much better than expected! After 2.5 hours we arrived at the Manitou campground. 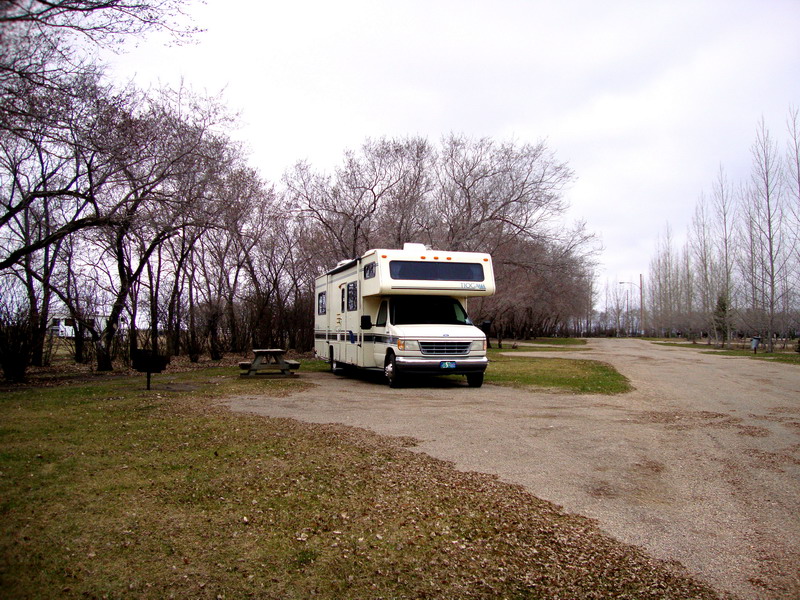 The spot assigned to us had a big bump and there was no way we could get the motorhome somewhat level. So we asked if we could move and found a beautiful level spot 2 bays further, on #18. The campground still looks bare, but with all the trees and bushes, it should look great once it’s all green again!

On Thursday we walked to the little village of Manitou Beach on the shore of Little Manitou Lake. I was at first disappointed that the campground is not directly by the lake, but it’s not a long walk at all (1 km). Just uphill again if you come back 😉 Down by the lake we walked along the shore past the beach, some little shops (most still closed) and the Manitou Springs Hotel & Mineral Spa. Little Manitou Lake is supposed to have healing water that is 3x saltier than the ocean! Pity that the sun didn’t come out, but oh well. After a coffee at The Diner we went back to the campground via a trail through the back entrance.

Later in the afternoon the sun finally came out and we spent some time outside with the cats (the wind was still chilly though). Gandalf started digging in the ground, Rider still doesn’t completely get the concept of being on a leash and we took Tess for a little walk. She would’ve kept going and going which reminded us of the info we got when we adopted her: “Tess hates the outdoors”. Yeah, right! We tried to introduce Gandalf to the sheep just outside the campground, but one bleat of one of the sheep made him want to fly back to the motorhome 😉 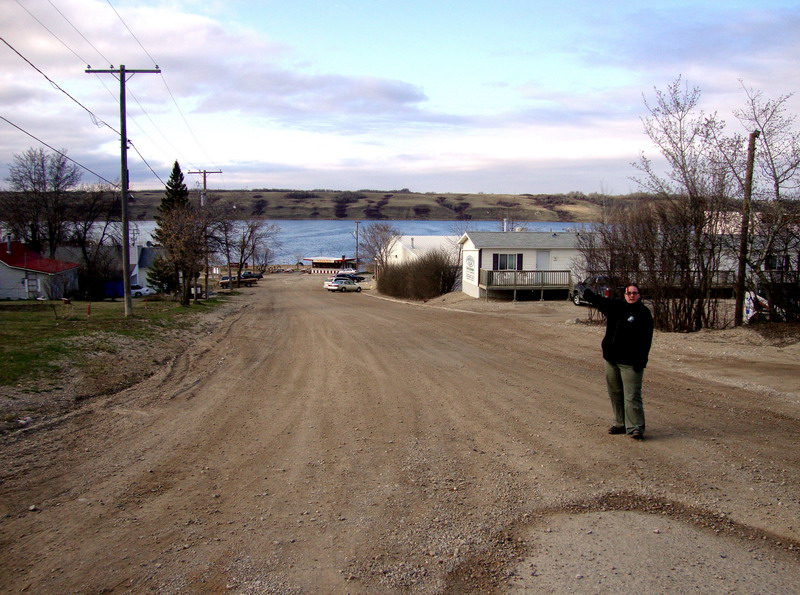 Friday was supposed to be sunny, but alas, the weather we had tried to stay away from caught up with us after all – we woke up to snow!! Around lunchtime it seemed to get better, we walked to town again and had a light lunch at the Village Perk. A thin sun came out a few times, but going back it snowed again. Later in the afternoon we saw some more sun as we went back to town for supper at Sam’s Steakhouse in the spa hotel. With the Greek music, white wine, the lake view and buildings that could be kinda Greek (the pink beach bar) we imagined being on vacation in Greece again 😉

On Saturday it was time to get home again and we were tempted to stay another night now that the sun was finally shining. But we wanted to see Into Eternity that night, so we drove home, taking one break along the way at the Arm River recreation area, just before the 11. Back home, the trip ended with a little anti-climax as we damaged the motorhome a bit while getting into our backyard. We are now moving the pile of sand (that’s near the entrance and blocking part of it) and leveling the ground a bit, which should really give us enough space for the turn. Oh, and we didn’t make it to that show after all 🙄