over a week ago we were at Buffalo Pound, also check out the update of Waskesiu, in the post below!! 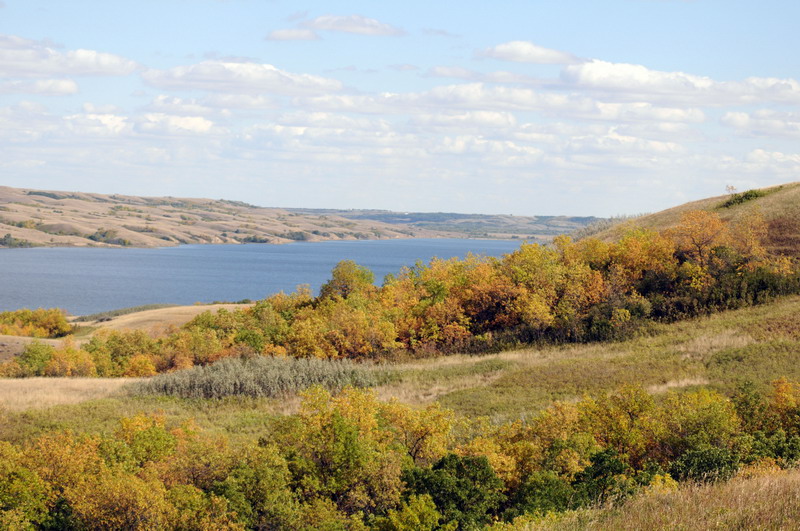 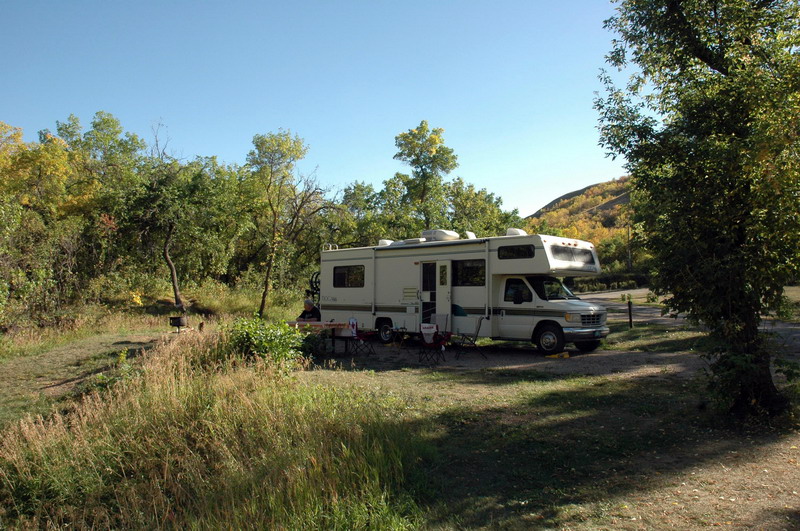 For this short weekend we decided to stay close to home and go to the Buffalo Pound Provincial Park above Moose Jaw. For pictures of the south eastern part of the park (incl. the bison herd), see the pictures of the family visit. We camped on the Maple Vale campground and just stayed there, we didn’t even bike. It was busier than we thought it would be (season kind of ends with last week’s Labour day), but it was fun as we got to chat with other campers quite a bit, esp. our neighbour Gord. We camped by a dried up creek where we saw a least chipmunk several times. The campground is close to the lake and lies in the coulees, very pretty. Most of these electric sites on grassy terrain with some trees are pretty spaceous. On Saturday night we had a fire until after midnight, heard the coyotes yepping and howling and enjoyed the company of Gord and his wife Lorraine. On Sunday we spent some time in the park near the campground, where we sat by the lake and made pics, before heading back home again.

grassy sites with some trees, and bushes all around. Beautifully located in the coulees, the sites are fairly open, but very spaceous. At the end of the campground there is a non-serviced section with some smaller but more private sites. The Service Centre has washrooms and showers, but seemed in need of some updates and cleaning. The small toilet buildings were closed for the season. We had a shoulder season rate of $18 for electricity (normally $22). There’s a store close-by that was supposed to be closed for the season, but still opened up in the weekend to get rid of some stock.