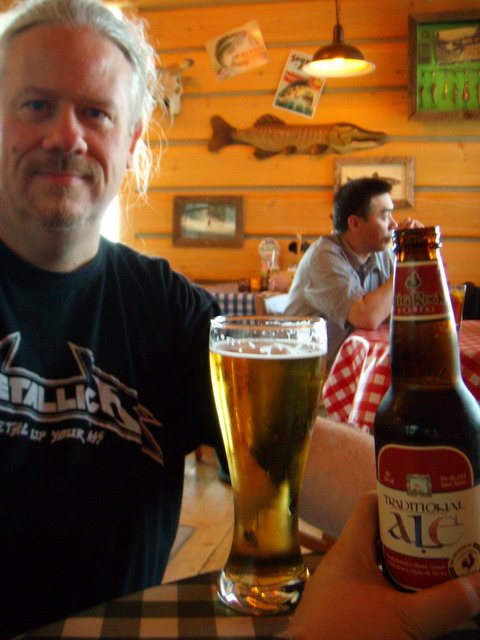 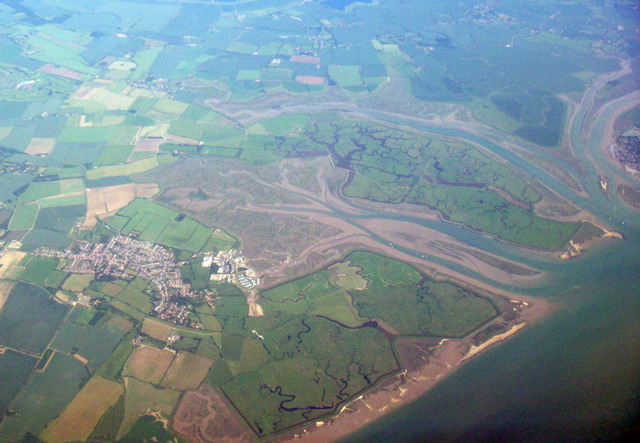 Ton brought us to Schiphol (Amsterdam airport) in the morning, where we checked in for the first flight, to London Heathrow with BMI. The plane was small, but the seats were spacious. No free drinks (had to buy if you wanted one), but the flight was over before you knew it anyway. Then we had a fairly short changeover in London (less than half an hour), but despite horror stories we heard, our changeover went very fast! The signs were clear and when we arrived at the bus stop, the bus to terminal 3 just got there and was at that terminal in four minutes! This is nothing compared to our experience in Toronto in 2004. The security check was very fast too and after that there was a big food court – meaning we could take liquids on board (besides the mini packages in the zip bag)! So we bought a few half liter bottles of water and had plenty to drink on the long flight! We also had time to share a bagle and a latte.

The Air Canada flight to Edmonton was around nine hours, but they passed quicker than on any long flight we had before. The seats were comfy and spacious (although we didn’t get the bulkhead seats we thought we had reserved, but ours (in the middle isle, but a few seats behind the bulkhead) were just fine anyway (and the service is always good). In the beginning I dozed off for a few moments, but pretty fast they started with the movies. Freedom Writers (about a teacher who makes a difference on a school with difficult students, members of various gangs that initially hate each other and such), then The Bourne Identity (thriller) and then Austin Powers – The Spy Who Shagged Me (silly humor). We hardly noticed the time and that’s why it flew by so fast! With the landing I unfortunately got a little airsick, but not too bad 😉 ) 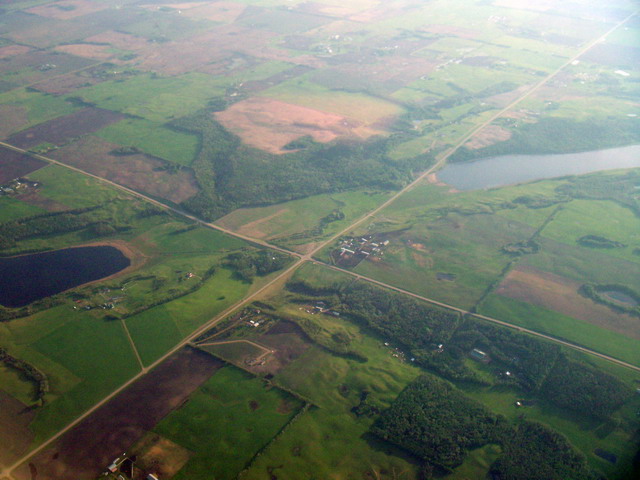 In Edmonton we had five, six hours to kill before flying to Regina. We had to go through customs with our luggage and had to check them in again for the connecting flight. Then we went through the security check and had our first Canadian beer (Canadian for Nico, Big Rock Traditional Ale for me), wings and ribs! That was goooood! We checked out a few shops and killed some more time at the gate (laptop, reading etc) until the 7.50 flight. The flight was fine and in Regina we were welcomed by Tim and Cortney, Russ, Heather and her mom and Janet and a friend of hers, Troy. We didn’t want to go out anymore though and we chilled at Tim and Cortney’s with a beer. We gave our gifts (we got them some very corny Dutch souvenirs like pluche clog-slippers, a BBQ apron with old-Dutch prints and an Amsterdam t-shirt), then we went to bed before 11… in the RV! I had seen pics of the RV Tim’s band went on tour with, and it’s the same 30 ft. one (minus the Cruise Canada advertising) as we rented in 2004. What I didn’t know was that the label had bought it for Tim and it’s parked in the back: our home for the next 14 days, wooh! 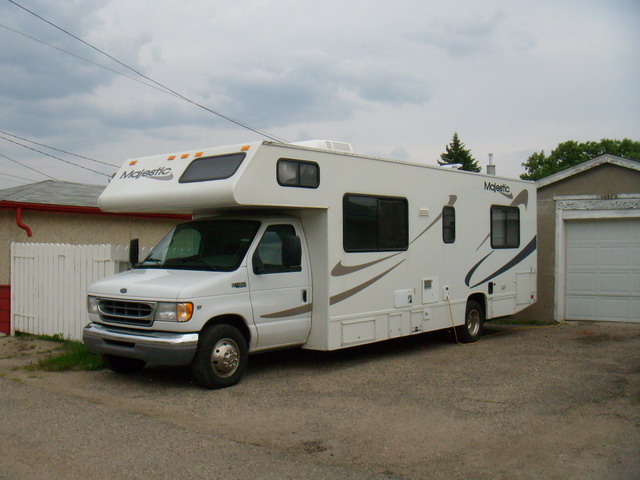 This morning we woke up too early (as to be expected with the jet lag), we unpacked our stuff and showered in the house. We went to Jack’s (Tim’s dad) place to fill the water tanks of the motorhome, to Husky to get propane and empty the septic tank and to a mall to have a sub sandwich and check out a certain clothing store (Penningtons) but I didn’t buy anything. Jack also got us a good electric cable to plug into the motorhome, so we’re all set now! We can go into the house as we please (the back door is not locked – Canadian eh 😉 ), but it gives us both some space as their house is pretty full and has no spare room. And we are in camping mode again, just not in the Rockies haha!

The past few hours (it’s now 5.17pm) Nico has been studying and I’ve been updating this, I got a weak wireless signal with which I’ll try to upload stuff (Tim’s router broke down). The weather used to be sunny and very warm, but the past hours it’s been cloudy and there was a lot of wind (nice!) that suggested there was a thunderstorm somewhere (we only got a few drops of rain). Later on we’re going to BBQ, otherwise no plans yet.

◀on our way to Cana-fkn-da!
checking out the neighbourhood▶