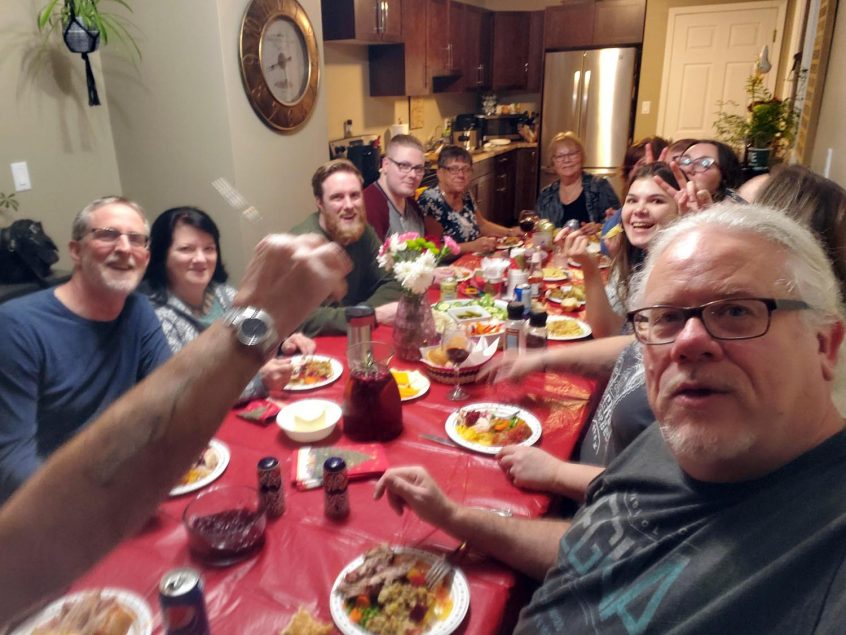 When we talk about a tradition it is implied that it is a habit that is supposed to stay the same over the years. But we do adapt traditions over time, we mold them to our changing lives, circumstances and wishes. And some get dropped… while at other times we create our own.

Growing up, our Christmas tradition was to put up the tree, to have meals with family and to go to the midnight mass on Christmas Eve. We didn’t exchange gifts as we already did that a few weeks earlier, for the Sinterklaas fest on the 5th. But back to Christmas: in Holland, the focus is mainly on the 25th and 26th, being the first and second Christmas Day. They are equal statutory holidays as well. Families or couples will often go to one side of the family on one day and to the other side on the second. With equally big meals usually! Growing up we would get some fancier meat dishes, like a fancy roast, rabbit or boar. Not really the turkey tradition like you have in North America.

As an adult, raclette dinners would become more and more popular. You prepare food at the table on a table-top grill in the middle (for meat and veggies) and little pans underneath to melt cheese. We call it a gourmet set and the verb is “gourmetten”. It has become the classic choice for family gatherings at Christmas!

My dad lives in a home and yesterday, first Christmas Day, they had an old-fashioned fancy dinner with several courses. His girlfriend Amalia and my brother Ton joined him. Ton sent me the following pictures and he said it lasted for several hours. Dad told me on the phone that it was a dinner to never forget!

Since we moved to Canada, almost twelve years ago, our own tradition changed completely. I’m not even sure we had much of a tradition left, as Nico usually works on or around Christmas. But coming here, we were invited to join our friends the Stephensons for their Christmas dinner, or supper as we call it here, on December 25th. Now this is the traditional turkey dinner we knew from movies haha. Incredible turkey meat from roasted or these days smoked turkey, with mashed potatoes and gravy, a variety of cooked vegetables, stuffing mix and pumpkin pie for dessert! That great food in combination with a family that is awesome and crazy at the same time make a Christmas tradition we don’t want to change 🙂

In North America, the main focus is on Christmas Eve and (first) Christmas Day, with gifts being exchanged usually on the Eve or early Christmas morning. Today is second Christmas Day and this is not a thing here. It’s called Boxing Day and traditionally people go shopping for either some really good deals or they go return gifts they don’t want to keep.

And we? We just stay the hell away from any store on this day, ha! And I put on the gazillionth sappy Hallmark Christmas movie on TV, another tradition I developed here!