These past weeks we’ve been very busy bees, working non-stop in and around the house. The yard needed some usual maintenance (weeds) and one border still had to be finished in the same way as the one on the other side (with gravel). I’ve uploaded an album with various “summer” pics, so you can see how great it now looks! 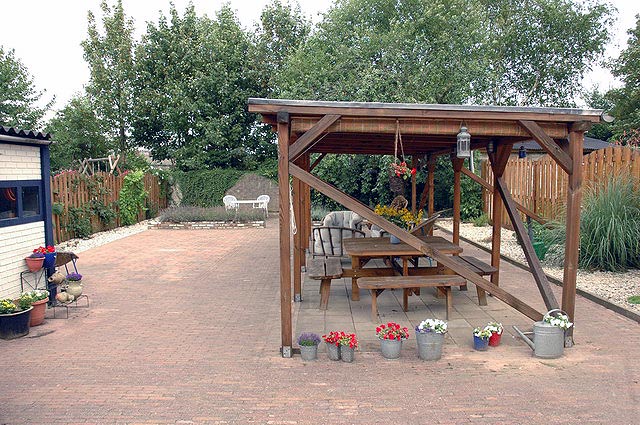 Then the house.. we just had waaaaay too much stuff! So we’ve been throwing out, selling and giving away things, done some cleaning and had Erik (of Bouwpartner BV) finish off that extra wall in the first bedroom that our friend Ton put there for us years ago. We were able to get rid of a few pieces of furniture, so it all looks less chaotic and a lot more spacious, esp. the living room. We actually have an echo now! 😯 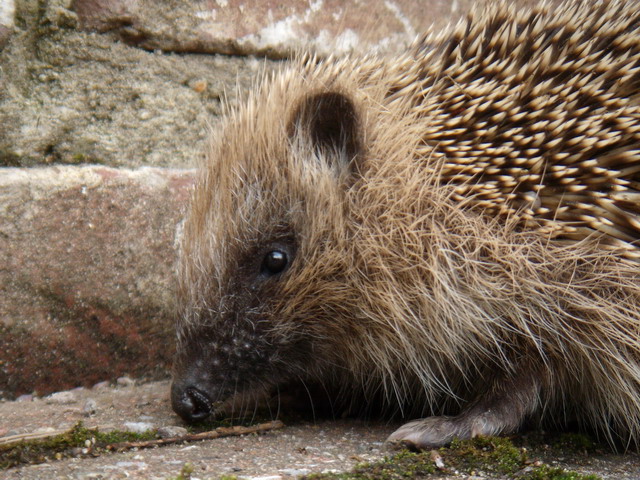 On many nice nights, we get visits from hedgehogs in our yard. They were hard to capture in a picture (hiding in the bushes or too far away for the flash) , until one day a small one was taking a walk in our yard in the middle of the day! Now I could really see (and capture) how cute they are!

And talking about wildlife, we also regularly see a heron in our neighbourhood, preying on fish in people’s ponds I bet (see the album for pics). 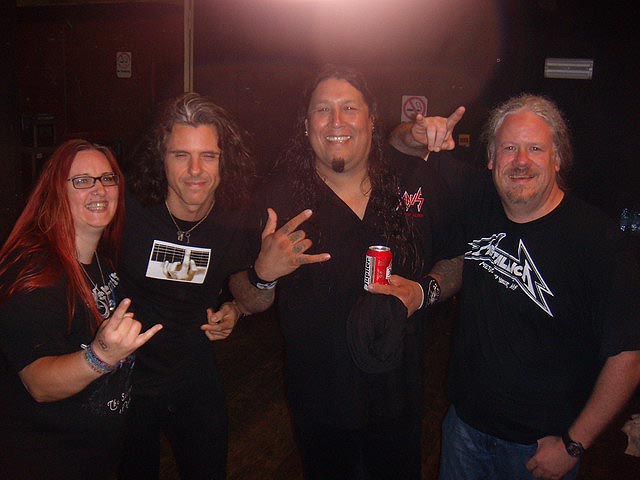 With all the things on our mind, we hadn’t been to any festivals or (bigger) gigs this whole year! Until last week, thanks to merch-guy Walter we saw Testament again, in Belgium. Nico had sold him the original recording of their first European gig in 1987 (they want to use that on a DVD, very cool!) and Walter offered to put us on the guest list, he gave us t-shirts for the video deal, and afterwards dragged us to the bus and backstage until we had made pics with all the members (and some Dutch people we ran into). The gig itself was also awesome, esp. the classic highlight “Over The Wall” where Chuck invites everyone to come on stage. The muscle pain was horrible the next day (we’re getting oooold!), but we had a blast and once again, many thanks to Walter Morgan for taking such good care of us! 8)

We also had two important birthdays to celebrate! My brother Ton turned 50 in July and he had a little party on the 18th of this month. We went there with dad and Amalia, it was great to see some people again we hadn’t seen in many years (esp. my sister-in-law Rita’s family) and we all had a good time! I hope to receive pics from that soon! (edit 12/3: the pics are finally online!)

And last Friday my dad turned 89 and we spent that day there with again my brother and his family, Amalia of course, and Irma ( cousin) and her husband Wim.

Right now we’re ready to put our house up for sale, but we have a few interested parties that will be looking into their options this week, so we didn’t call the realtor just yet. And today Nico finally received his offer letter from the employer in Canada, he now needs to print, sign and return it, so they can send it in for approval by the HRDC and apply for the work permit! Shane (from Human Resources at the hospital) said the immigration officer told him it could take somewhere between 6 weeks and 6 months… let’s hope we don’t have to wait that long! Joy (the manager of Neurosciences) said the last one she knew about, took 3 months. Well, we’ll have to wait and see I guess! We still hope to be there by December, for all the birthdays (like Tim’s family, and both Dave and Danny had their birthdays in that month) and the holidays (want to be with the Stephenson’s then), but we do realize it’s more likely to happen early next year.