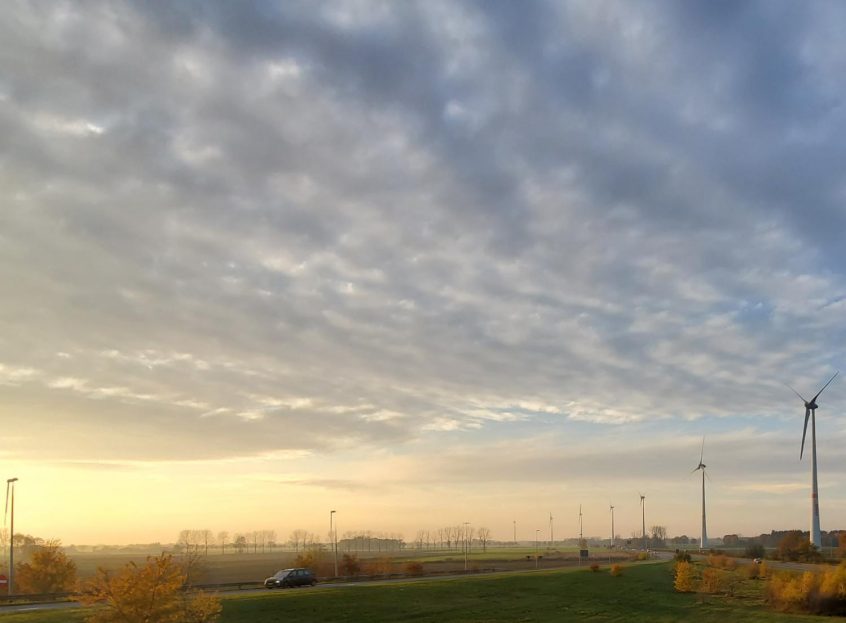 From the German Ruhr Area we drove an hour and a half west, to Dessel in Belgium. On the way we stopped in Eindhoven to visit dad again.

It was a really nice day when we drove from Bottrop in the German Ruhr Area to Eindhoven in Holland and to Dessel in Belgium. The Ruhr Area is very densely populated and industrialized as you can see in the first picture of the gallery below. After an hour we arrived in Eindhoven, where we stopped to visit dad again. Girlfriend Amalia was also there! Time for a selfie! And for coffee and cake 🙂 At the end of the afternoon, we continued the trip another half hour to Dessel, which is just across the border in Belgium. In the south of Holland it’s completely normal to be driving around in three countries within an hour and a half (or less) time!

Once we were being well taken care of by our friends Erik and Marjan in Dessel, the remaining jetlag got the best of me. We slept in and didn’t have much energy to visit other people but my dad daily in Eindhoven. We hung out with Erik and Marjan a lot and did some shopping.

From Belgium we drove down to our old town Heerlen to briefly visit Nico’s aunt Joke before noon. While driving through the centre of town, we noticed the new artsy Maankwartier (“moon quarter”) complex. We’ll have to check that out more next time. It’s a new development around the train and bus stations, which provides a better connection between the north and the south of the city. In our time, we had to go through a sketchy tunnel underneath the train tracks. Now there is a nice, clean area where you can go from one side to the other, plus stores and apartments.

But we were on a tight schedule that day. We had Christmas market #2 on our agenda in the afternoon, but I’ll save that for the next post (Valkenburg)!