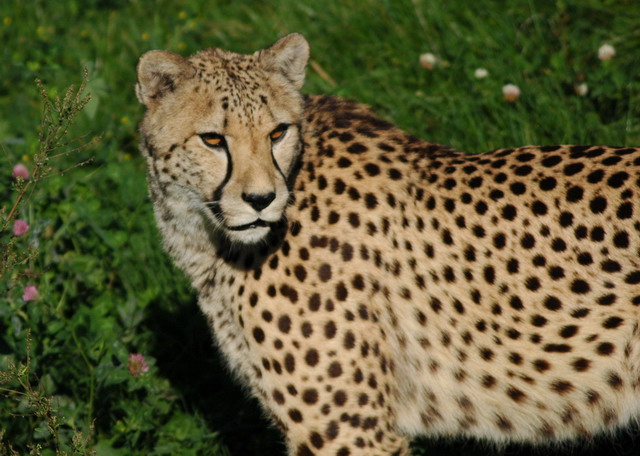 The past two, three weeks have been quite a roller coaster with wonderful ups and very sad downs. Almost like a soap opera episode, but I’m glad my life isn’t always like that!

First we heard that one of our best friends in Regina, Danny (not the one that was here with Sandy last year), has cancer. I’m devastated, but he tells us to be positive, because he’s going to beat this. That makes me feel a bit better. His brother Dave already had cancer, but seemed to be doing better since an operation.

Then September 20th was our 10th wedding anniversary and we went to the GaiaPark (www.gaiapark.nl) and out for dinner later on. The weather was perfect and the park beautiful, so we had a truly wonderful day!

The 21st was my 43rd birthday and it was pretty hot, 28C I think. My dad and gf came by and in the evening all of our neighbours (Ron & Liane, Brian & Kim & little Gwen, and Vera, Rob, Lea and Elke from across the street). We sat outside until midnight, that was so great! Danny had mailed me he’s OK, but worried about Dave who got into the hospital again.

Then the next morning we find Cortney’s mail that Dave has passed away, in Canadian time still on my birthday. He had gotten an infection with a stent and had gotten too weak to cope with that. I feel so much pain for not being able to see him anymore when we get to Regina in only a few weeks, for his family and from being scared for Danny, no matter how he tells us to stay positive. I can’t imagine what this family has to go through. It’s also very hard on Tim, Into Eternity is still on a very important tour with Megadeth in the States and Tim feels awful that he can’t be at the funeral, but the family has convinced him not to come home, Dave wouldn’t have wanted that either. Dave has been their merch-guy and was always very proud of what Tim and the band had achieved. Last weekend was the annual ProgPower festival in Baarlo, where we had a great time as usual 🙂 Our review will be up this week on Morrigan’s Pit! It was a good distraction too. I need to get my mind on other things as well, otherwise I wouldn’t be able to enjoy our upcoming vacation at all, and we both really need to. So yeah, now we’re busy with the last preparations for our vacation, because finally in three days we’ll be flying!!