We’re in Revelstoke and have wifi… time for the first update! 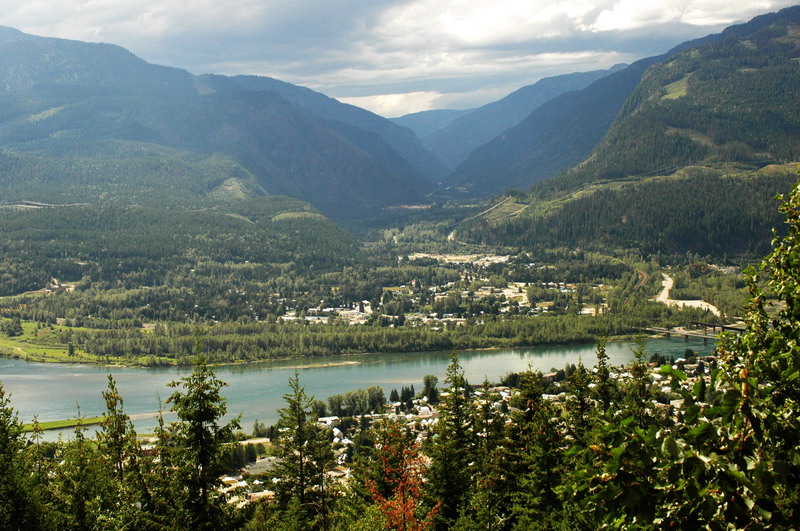 My dad Harry’s 92nd birthday! I called him before going to work at 6am. Yes 6am… because we were leaving for our vacation after my shift! I unfortunately had to cut the shift a bit short because of a migraine, but I rested a bit at home and we could leave at around 1pm. After a late lunch break at Tim Hortons in Swift Current and for gas near Medicine Hat, we got as far as Bassano at dusk (about 620 km). We found a spot at the tiny self-registration campground in town and had some late supper at… Harry’s Place! I thought that was an appropriate ending of my dad’s birthday 🙂 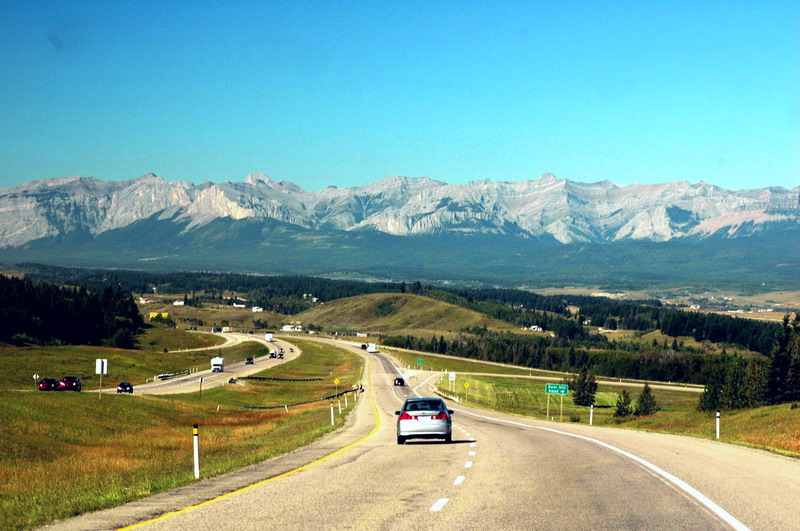 As much as we love the majestic sound of the horns of trains here in Canada, it does wake you up when we’re not used to having them close by. So we woke up at 5.30am and since they kept coming every 20 mins or so, we felt wide awake and decided to get an early start on today’s driving. It was beautiful to get out there in the early sunlight and it was only 10am when we arrived at Bragg Creek. We stopped at the mall for a break and ended up spending at least an hour and a half there… the vacation feeling had arrived!

It had paid off to keep going until dusk the day before, because today we only had to drive 4 or so hrs to get to our first stop in the mountains, Lake Louise. So we took our time in Bragg Creek, and planned to take another break by Johnston Canyon on the Bow Valley Parkway passed Banff. The kitties were doing well, you could see some of them react a little scared when we entered the mountains, but they settled again soon. When we got to Johnston Canyon, it was so busy that we couldn’t park our RV at all (besides in the ditch with the risk of tipping over, ugh), so we just went on to the Lake Louise Campground where we arrived at 1pm (and again we didn’t see any wildlife on the Bow Valley Parkway BTW). We got site 128 at the end of the campground and had lots of time left for relaxing (lunch, nap, relaxing, walk, BBQ :)) It was hot too, around 25C!

After breakfast we left the campground at 10am, got gas in town and followed highway 1, through the beautiful Kicking Horse pass where we saw a few bighorn sheep, passed Golden and through Glacier National Park where we stopped at the Rogers Pass for a visit to the visitor centre. When we got to Revelstoke, we drove up the Meadows of the Sky Parkway up Mt. Revelstoke and got some breathtaking views over the town. But some thunderstorms were moving in and by the time we got to the upper parking lot, it had just started to rain and hail a bit. We decided to wait it out for a while, Nico took a nap and I got on my laptop for this report 🙂 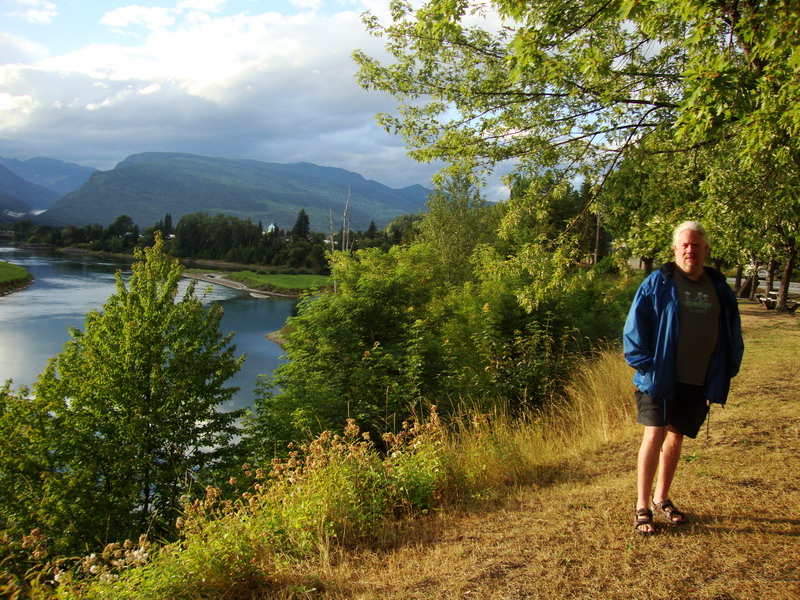 After an hour we decided to head back to town, we had a good meal at the bar-restaurant The Village Idiot and when we got out it had cleared up! We walked around a bit and drove to the Lamplighter Campground on the other side of the river, it was much cuter than I had expected. I walked to the river for a few more pics at dusk and right now I’m using the wifi to update this 🙂

Tomorrow we drive to Herald Provincial Park at Shuswap Lake where we will be staying for 2 days. There’s a lot to see on the way there and the weather is supposed to clear up tomorrow.  After that we’ll go to Clearwater where we’ll have wifi again. See you then!

◀BC here we come!!
BC trip - Shuswap Lake, Clearwater▶

One Comment on “BC trip – Bassano AB, Lake Louise AB, Revelstoke BC”